This week’s Bike Highlight is the Ducati Streetfighter V4. Released during lockdown, this naked street bike is spectacularly designed and super powerful to boot.

Ducati say the concept for the Streetfighter V4 is “the Panigale V4, stripped of its fairings and with high, wide handlebars. The minimalist full-LED headlight captures the spirit of the Streetfighter V4 perfectly. On the one hand, it recalls the front of the Panigale V4 and, on the other, evokes the crazy grin of the Joker (the comic strip character from which the Ducati Style Center drew inspiration for this new Bologna-built naked).”

The new Streetfighter V4 is powered by a 1103cc Desmosedici Stradale engine which delivers 153 kW at 12,750 rpm – an unrivalled power level within the naked segment. Maximum torque is 12.5 kgm at 11,500 rpm and stand out biplace wings help the stability of the bike by producing 28kg of downforce at 168mph. 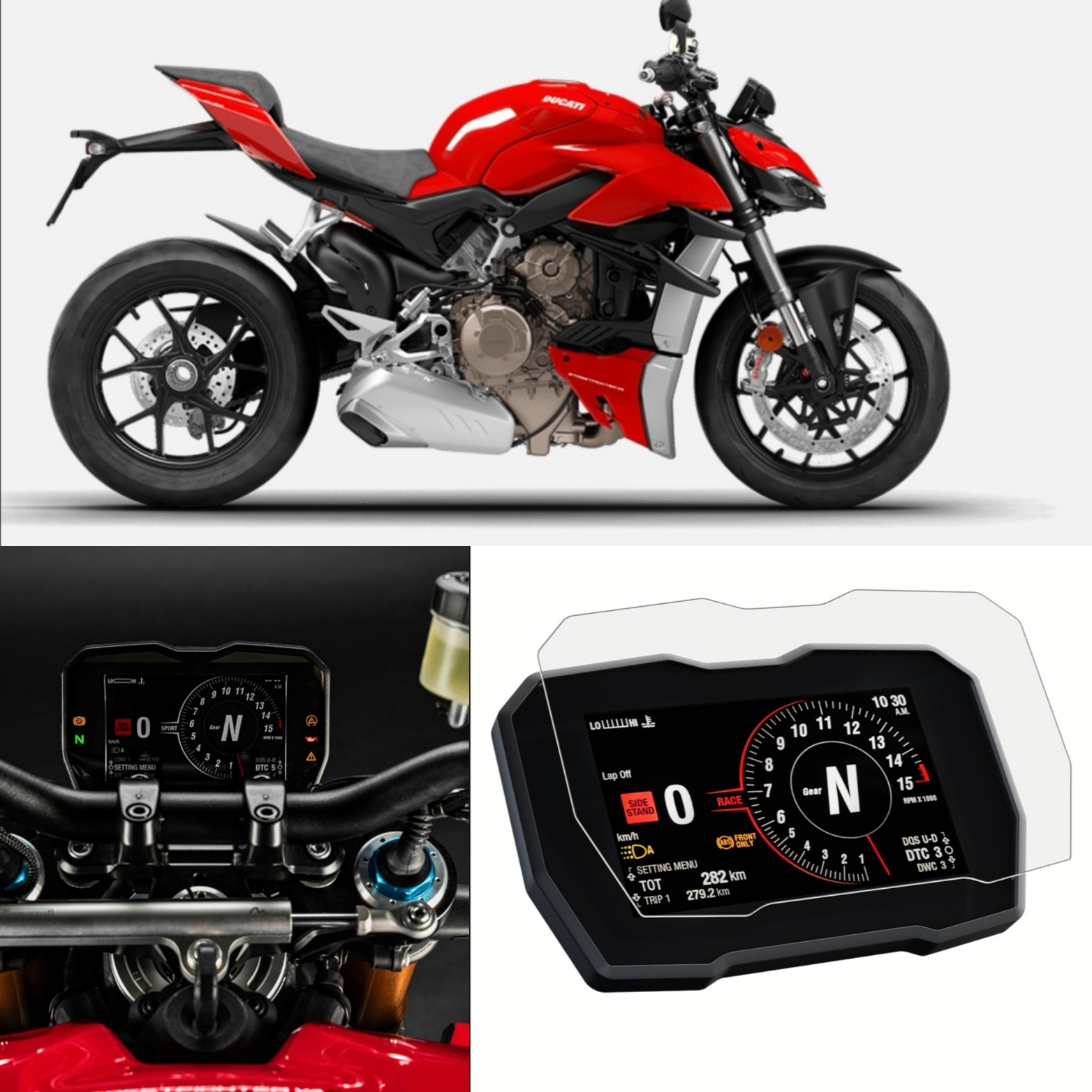