For this week’s Bike Highlight we look at the Spitfire Blackout. Built by boutique British motorcycle manufacturer CCM, the Blackout pays tribute to the CCM Spitfire bikes that feature in the upcoming Marvel movie, Black Widow.

The Blackout has much of the same spec that you would find on a Spitfire Scrambler – a steel trellis frame and the single-cylinder 600cc engine designed by Husqvarna. The new Blackout, however, has a range of impressive upgrades that really make it shine. Hand-painted with an exclusive black and red colour scheme, the Blackout features a new slash-cut exhaust system, carbon headlight cowl, fork guards and exhaust heat shield. There’s also a range of optional extras which you can find in three aptly named packages – Hero, Action and Legend. The Spitfire Blackout features the same dash as the other models in the Spitfire range, which means our screen protectors will fit it. (You can shop the range here.)

What really makes this a standout bike for us here at Speedo Angels, is that the Blackout was actually used during filming of Black Widow. Rather than using the real deal, lookalike dirt bikes are usually used in stunt scenes. CCM said the Blackout “performed so well straight off the line that the team felt able to use the standard production CCM bikes in all of the stunt sequences.”

Only 180 Blackouts have been built – would you love to get your hands on one of these limited-edition beauties? 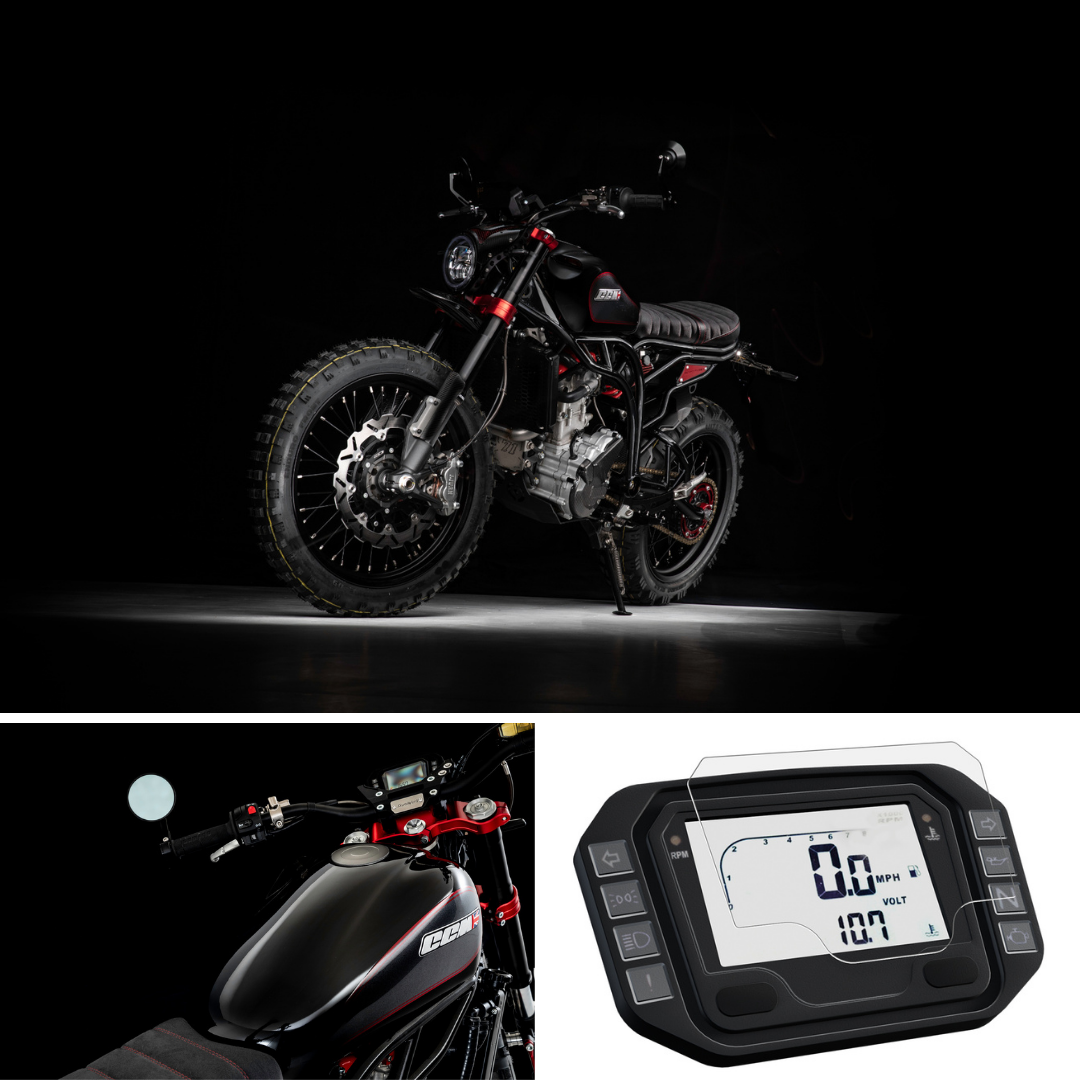